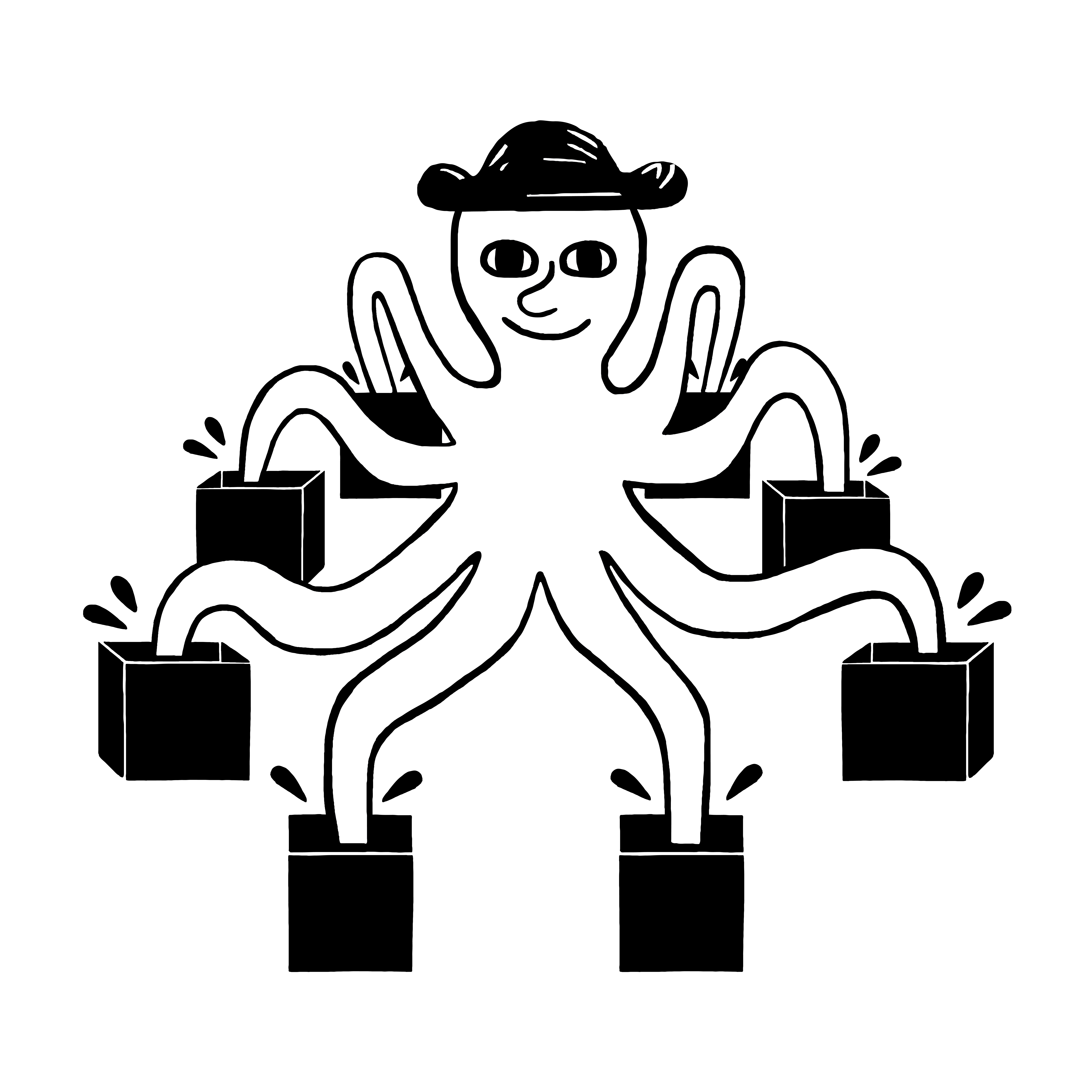 Mikkeller is not only a brewery – it is a company driven by passion and ambition. In principle, there are no real limits when it comes to which kinds of projects we will engage in, provided they align with our ideals of creativity and quality. Beer will always be at our core, but we also engage in a lot of other fun and interesting projects. As we pour our hearts into each new endeavor, we continue to strive for the highest level of quality.

Mikkeller founder and CEO Mikkel Borg Bjergsø has a past as one of Denmark’s most talented competitive runners. This history is what originally sparked the idea of founding the Mikkeller Running Club: an unpretentious community where a beer at the end of the run is as mandatory as the run itself. Now, just five years later, the Running Club has grown to become the largest running community in the world, with over 250 chapters scattered across the globe. These runners all run in Mikkeller merchandise. Unsatisfied with his own running gear, Bjergsø decided to create his own sports brand in collaboration with the Danish designers from Femmes Régionales. The outcome of that collaboration is Final Gravity, which marries athletic comfort with the distinct stylish flair of Femmes Régionales – a unique imprint the designers have also left upon several of Mikkeller’s bars across the world. The result is an elegant, independent running apparel brand, which unites first-time athletes with elite runners, beer lovers with fashion addicts, and hedonists with control freaks.

On a journey to Costa Rica, Danish photographer Mads Stigsborg tasted a piece of truly amazing handcrafted chocolate at a local market. Completely blown away by its rich flavor, complexity, and utilization of simple ingredients, he discovered for the first time in his life what real chocolate tasted like. Unaware of the chocolate revolution rapidly taking place around the world, Stigsborg was introduced to local cacao farmer Daniel South, the man behind the delicious beans used in the chocolate he had just tasted. After a visit to Daniel’s picturesque farm, grown completely naturally by hand and heart in the lush tropical Costa Rican jungle, Stigsborg knew that he had discovered something truly special.

Upon returning to Denmark, Stigsborg promptly reached out to Mikkel Borg Bjergsø and shared his vision for a new chocolate brand. Mikkel showed great interest, but advised Stigsborg to learn the craft of making chocolate as a first step. And so, the photographer spent the next year roasting, smelling, cracking, refining, tempering, and molding his Costa Rican cacao beans in his kitchen – all while watching hours of Youtube tutorials, writing endless notes, and fine-tuning his new passion to perfection. The result was the best chocolate Bjergsø had ever tasted. This is how the craft chocolate brand Bean Geeks was born.

To many, this still comes as quite a surprise: Mikkeller actually also makes wine. In 2011, we were introduced to the young German winegrower Matthias Meierer, from Weingut Meierer in Germany. Initially we were only looking to source some grape juice for our beers, but Matthias’s wonderful wine and pleasant demeanor swept us off our feet, and we ended up collaborating with him on more projects. In 2015, Mikkel Borg Bjergsø purchased a small vineyard in Germany, in the winemaking village of Kesten; the first fruitful result from the vineyard was Wine Geek Riesling. Always keen to incorporate a beer twist into the mix, we made a dry hopped Riesling to combine the crafts of winemaking and beer brewing. (Anyone who loves beer knows how well a wine can fit between those beer-packed tastings!) On the flip side, we've also worked the wine into the beer side of things: we have produced several styles of beer with Riesling juice, including Hazy IPA, Berliner-style Weisse, Lager, Brut Ale, Brut IPA, and non-ABV offerings. Look for these seasonal styles in Mikkeller bars and shops.

Phantom Spirits It has been common practice for a long time, to take barrels that used to house various spirits, and put beer into them. Usually this is the case for darker beers, and the tradition is so widespread, because of an American law preventing bourbon barrels from being used for bourbon more than once. Either way, with Phantom Spirits, we kind of turned barrel aging on its head. Instead of taking a beer and putting it into a used spirits barrel, we took a good rum, and stored it in barrels that once played home to Beer Geek Vanilla Shake. This project was born in collaboration between Mikkeller, our former Mikkeller employee Mixen Lindberg, and owner of specialty spirits store Den Sidste Dråbe, Frederik Munk Plum. Over time, the rum brand expanded and the concept now … aging different kinds of crazy rare rum in various ways, often drawing on collaborators to add adjuncts or supply barrels. Worth trying, both for the discerning beer geek and the experienced spirits connoisseur alike.

Restaurants Besides beer, another huge passion of ours is food. It's no secret that beer and food can be just a great a match as food and wine – and sometimes, even better! Thus, it seemed only fitting that we’d eventually work our way into the food scene. Naturally, in all of Mikkeller’s restaurants you’ll find an exclusive selection of beer, both on tap as well as in bottles and cans.

Every restaurant project with which we have been involved has been born out of Mikkel Borg Bjergsø’s love for specific kitchens or types of restaurant. For example, his fascination with traditional Japanese ramen spawned the Ramen to Bíiru locations around Copenhagen. A similar story goes for Vesterbro Chinese Food, which is a sibling of one of his favorite American restaurants, Mission Chinese Food. Collaborating on Vesterbro Chinese Food with Anthony Myint – the internationally-renowned chef and founder of the organization Zero Foodprint – has created a unique and cozy corner of the Copenhagen food scene on the charming street of Viktoriagade, located in the heart of the city.